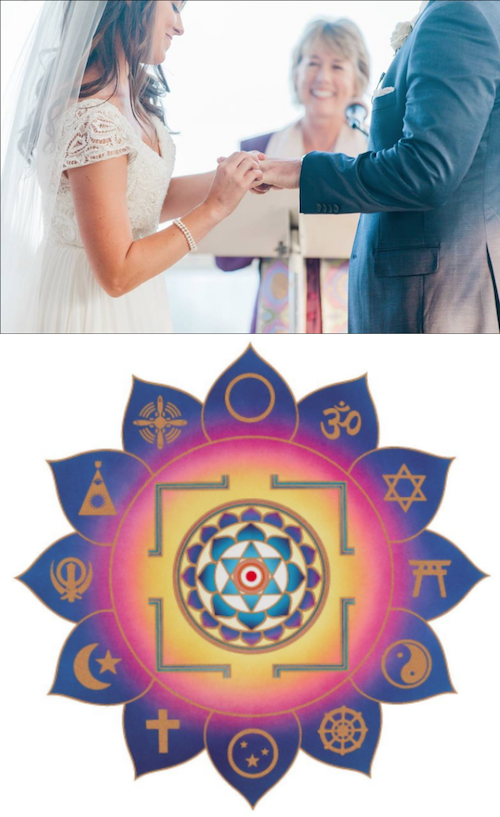 I am often asked what lead me to becoming an interfaith minister.

As a young adult, I became discouraged with organized religion, often feeling they were rigid and limited. For me, spirituality was and continues to be a very personal expression of identity and how one lives in the world. It is not a box or “one size fits all.” And it is not confined to the walls of a church nor is it something one experiences only on Sunday or holidays. Since that had been my experience for a number of years, I felt compelled to leave organized religion and strive to cultivate an inner sense of spirituality for myself.

My spiritual restlessness led me to study many different religions, which eventually led me to the study of interfaith ministry.
In 1992, I became ordained through The Universal Brotherhood — a non-denominational organization that ordains individuals who wish to pursue an independent ministry.

Shortly after beginning my ministry, I recognized the need for more structured study and formalized credentials, which led me to enroll in a two year academic program at The New Seminary located in New York City. I graduated in 2000 and was formally ordained as an Interfaith Minister at St. John the Divine Cathedral.

Since that time I have married over a thousand couples! Many have returned to me years later to have me bless and baptize their babies! What a joy! I perform vow renewals, memorial and funerals.
It is a great honor to guide people through some of life’s most profound moments.